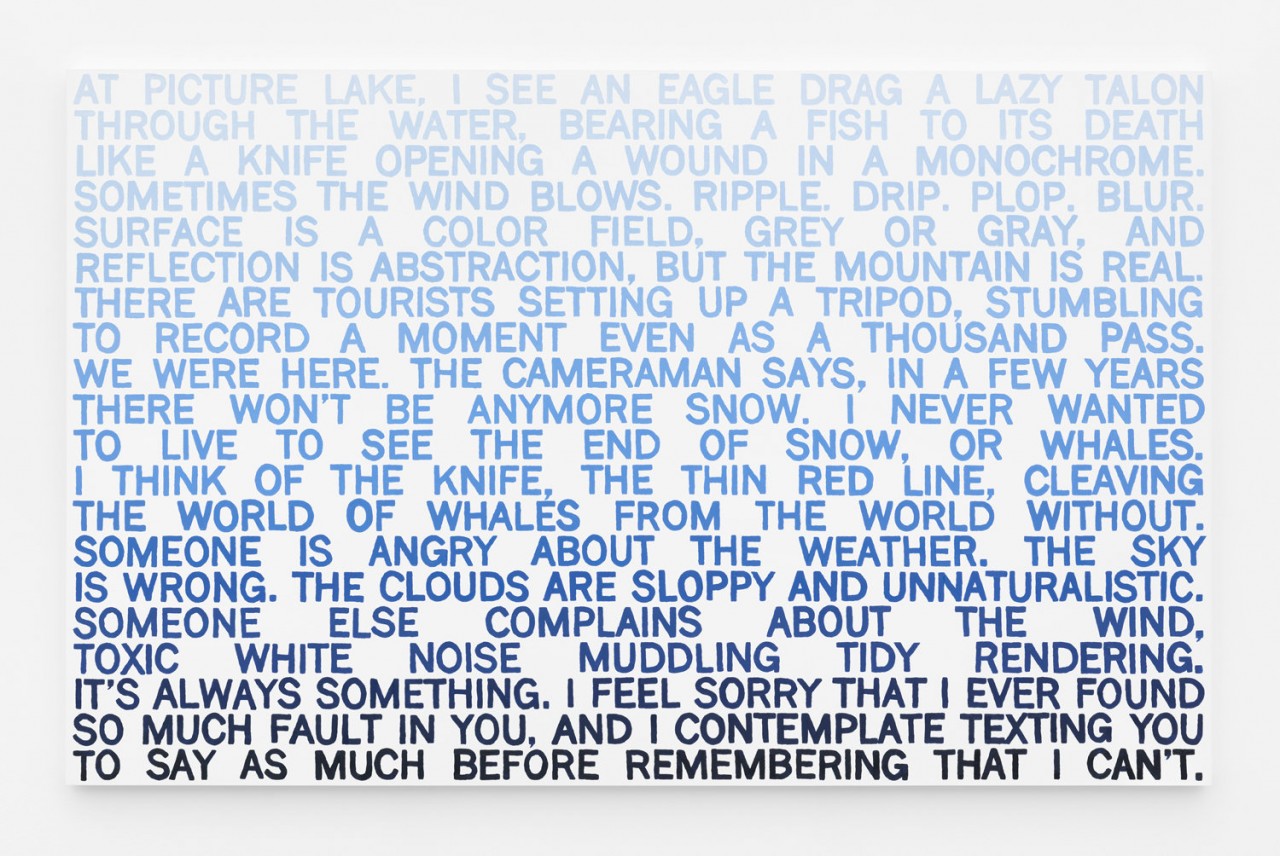 We drove 22 miles into the country around Farmington. There were meadows and apple orchards. White fences trailed through the rolling fields. Soon the sign started appearing. THE MOST PHOTOGRAPHED BARN IN AMERICA. We counted five signs before we reached the site. There were 40 cars and a tour bus in the makeshift lot. We walked along a cowpath to the slightly elevated spot set aside for viewing and photographing. All the people had cameras; some had tripods, telephoto lenses, filter kits. A man in a booth sold postcards and slides -- pictures of the barn taken from the elevated spot. We stood near a grove of trees and watched the photographers. Murray maintained a prolonged silence, occasionally scrawling some notes in a little book.
"No one sees the barn," he said finally.
A long silence followed.
"Once you've seen the signs about the barn, it becomes impossible to see the barn."
He fell silent once more. People with cameras left the elevated site, replaced by others.
We're not here to capture an image, we're here to maintain one. Every photograph reinforces the aura. Can you feel it, Jack? An accumulation of nameless energies."
There was an extended silence. The man in the booth sold postcards and slides.
"Being here is a kind of spiritual surrender. We see only what the others see. The thousands who were here in the past, those who will come in the future. We've agreed to be part of a collective perception. It literally colors our vision. A religious experience in a way, like all tourism."
Another silence ensued.
"They are taking pictures of taking pictures," he said.
- From White Noise by Don Delillo.
The Sunday Painter is delighted to present, Picture Lake, the first UK exhibition by American artist Cynthia Daignault, and the inaugural show in our new Vauxhall gallery.
In 2015, Daignault traveled around the entire circumference of America, stopping every 25 miles to paint the scene before her. The resulting work, Light Atlas, became an epic of 360 painted scenes. Here, in her follow up to that work, Daignault set out to invert its logic, taking a single painting from the Light Atlas to parse the infinity within one frame: Picture Lake. Deep in the Pacific Northwest, the lake is so named as it presents the ideal composition for a photograph: the stock image or computer desktop background. The mountain scene reduces to a signifier of platonic landscape: mountain, sky, lake and trees. It is an image that contains within itself a meditation on art and index in reflection of the mountain on the lake, reflected again in image and text.
Picture Lake is an exploration of semiotics. Daignault layers the syntaxes of painting and photography side-by-side, in an attempt to understand both the single moment and our primal need to capture it. Ultimately the works embrace the certain failure of all such attempts to document, becoming as much about the limits of media, memory and language, as about the inevitability of death. Life and landscape are fleeting, and these works invoke that contemporary pathos of dread, exploring modern anxiety through the awe and terror of the sublime, both technological and environmental. For Daignault, life exists on the precipice of the singularity, on the razor's edge between binaries: past and future, painting and photography, real life and screen life, 1s and 0s, existence and death.
Cynthia Daignault is an artist living and working in Brooklyn, New York, and Baltimore, Maryland. Daignault received a BA from Stanford University, California. Her work has been the subject of numerous solo exhibitions, including shows at FLAG Art Foundation New York; Stems Gallery, Brussels; Lisa Cooley, New York; and White Columns, New York. Her works have been included in many museum exhibitions, including at the Metropolitan Museum of Art, MASS MoCA, the Fort Worth Modern, and the Brooklyn Museum of Art. Her epic work Light Atlas begins a four-year museum tour in America, opening in September 2017 at the Herron Museum, Indiana. Her first major monograph, Light Atlas, will be released in 2018. 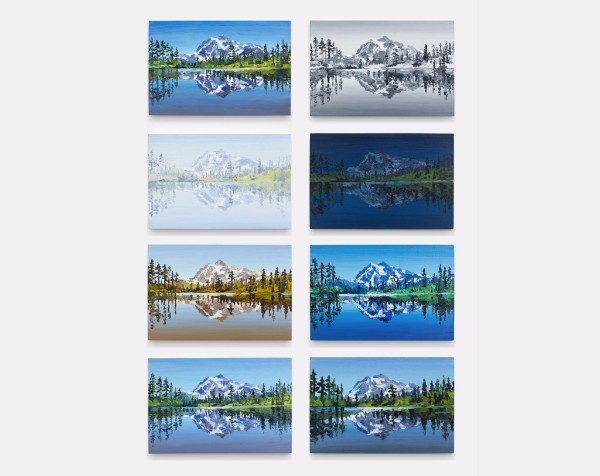 For press inquiries contact Becky Elmquist at This email address is being protected from spambots. You need JavaScript enabled to view it..

Secundino Hernández - invitation to the opening 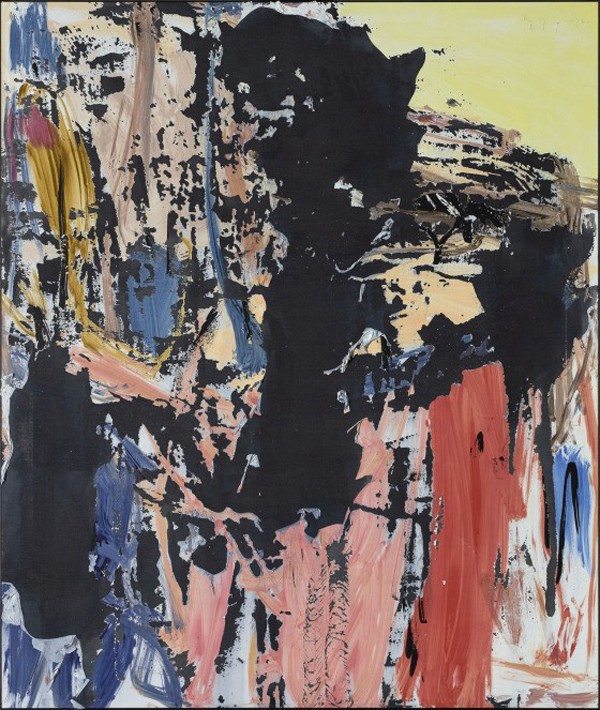 Secundino Hernández (b. 1975) is known for his expressive paintings, deriving from the premise of figurative expression and containing references to Francis Picabia and Joan Miró, amongst other surrealists. In his latest body of work history, however, appears fragmented, its components concealed or scattered. Splinters of colour, layers of primer folding on the canvas, the fabric laid bare, Hernández explores the destruction of painting. Radiating fascination with the creative process, Hernández’s work grounds the visual power of painting firmly in the present. 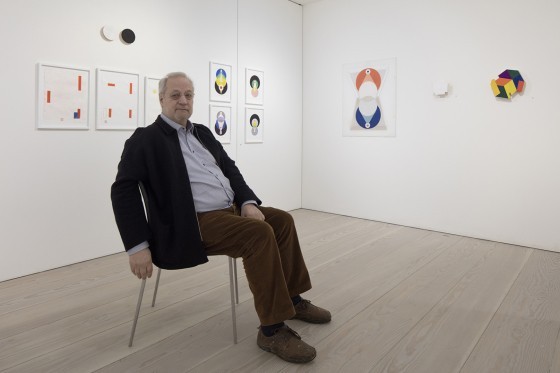 after a long struggle with illness.

Carolus Enckell (1945–2017) ranks among Finland’s leading exponents of Finnish modernism. His art drew inspiration both from philosophy such as Oriental symbolism, as well as the forms and colors of the pioneering constructivists. He discovered a universal language in color and form: geometrical shapes endowed his art with character, while color, in turn, infused it with a particular spirit.

Throughout his career Enckell won numerous awards, including the Pro Finlandia Medal in 2009. He was also a distinguished writer and art educator, having held long-term positions as dean and instructor at Helsinki’s Free Art School and as editor-in-chief of Taide, Finland’s leading art journal. From the late 1960s onward, he took part in numerous solo and group exhibitions both in Finland and around the world. The Sara Hildén Art Museum hosted an extensive retrospective of his work in 2016. 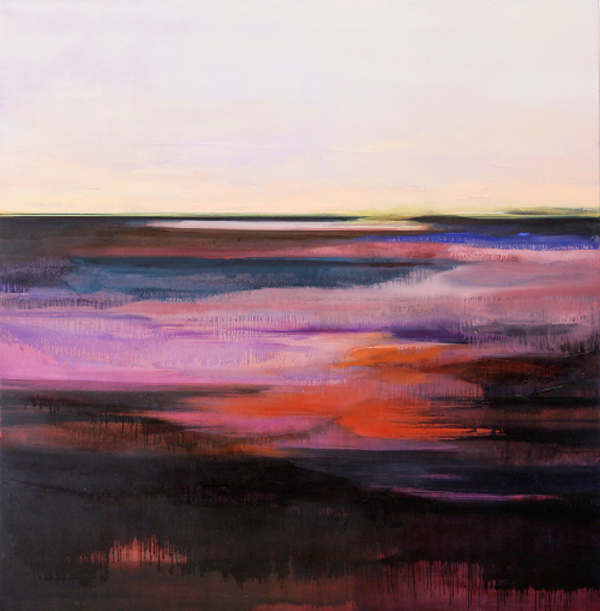 Galleri Andersson/Sandström is proud to announce the third solo exhibition with the Stockholm based artist Emma Hartman. In this exhibition she will show new paintings on canvas and paintings on copper plates.

In Emma Hartman's paintings there is a movement between the abstract and the figurative. The narrative elements derive from the meeting of colours and associations spring from their contrasts. The soft, creamy sky touch over the dissolved or crisp horizon in a boundless way continuing into elements like clouds, mountains, plains, meadows, beaches and moores. Some parts resemble shallow watercourses, others seem to depict the sea where colours are layered, muddy and opaque. In these dark fields, Hartman emphasizes a sense of weight and a movement towards an experience of reaching the bottom and an end.

At the same time, the weight gives the paintings a tangible, almost sensual sensibility. 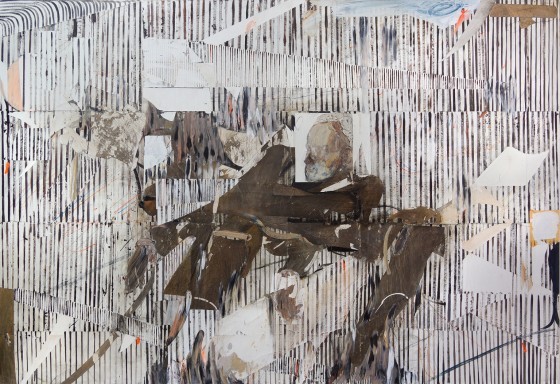 Galerie Forsblom is pleased to participate in Art Berlin 2017 with a selection of works by Reima Nevalainen, who employs a multi-layered collage technique combining paint with materials such as sand and paper, or scraping away the paint to reveal contrasting surfaces underneath. Humans and nature serve as the subject matter of Nevalainen’s paintings – not as conflicting elements, however, for human figures and nature coexist as equals in his compositions.