Museum of Capitalism Opens in Oakland on 6/17 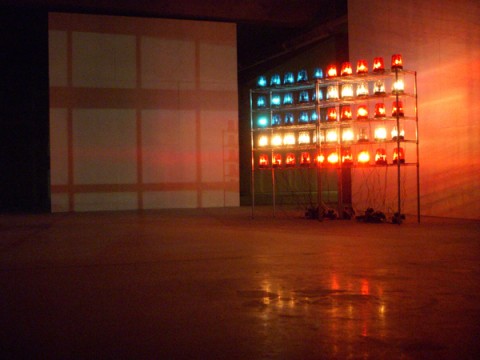 The Museum of Capitalism’s inaugural exhibition will open June 17 in Oakland, California. Founded in 2015, the museum is the first of its kind in the United States dedicated to “educating future generations about the ideology, history, and legacy of capitalism” through non-traditional programming. The museum is the result of several years of planning and fundraising by a group of curators, artists, writers, educators, and museum professionals, in consultation with experts in history, economics, and museology.

Representing the collaborative efforts of a multidisciplinary team of curators, historians, artists, and designers, the museum’s opening exhibition will explore the historical phenomenon of capitalism and its intersections with themes of race, class, and environment in the United States. Over fifty artists from across the country will contribute to the museum’s inaugural exhibition including works by artists Oliver Ressler, Claire Pentecost, Dread Scott, Superflex, Fran Ilich, and more, including a special exhibition curated by Erin Elder entitled American Domain.  A publication, designed by Project Projects and published by Inventory Press will launch alongside the exhibition featuring text by over 20 contributors including Lester K. Spence, TJ Demos, Chantal Mouffe, Lucy Lippard, McKenzie Wark and Kim Stanley-Robinson. Artifacts of capitalism, donated and loaned from citizens across the country, will also be on display. Additionally, there will be a library where visitors can browse several collections and learn more about the exhibits on view, as well as a recreation of an early 21st century museum gift shop.

The exhibition opens with the generous support of the Emily Hall Tremaine Exhibition Award from the Emily Hall Tremaine Foundation. This is the first time in the award’s twenty-year history that this prestigious nationwide grant, made in support of exhibitions that further contemporary art discourse, was awarded in full to a single exhibition within an institution. Previous recipients of the award include REDCAT, MassMOCA, LACMA, The Parrish Art Museum, and El Museo del Barrio. Commenting on the choice of the Museum of Capitalism as this year’s recipient, Foundation President, Michelle Knapik said, “This temporary museum – housed outside of traditional museum walls - stands to be a cultural lever for community conversation long after its run.”

In order to realize its first large-scale exhibition without a permanent physical location, the museum and curators FICTILIS partnered with the nonprofit Jack London Improvement District and Jack London Square who generously agreed to host the museum at 55 Harrison Street situated along the waterfront behind the famous Heinold’s First and Last Chance Saloon. Jack London, Oakland’s historic working waterfront named after the popular author, recently went through several waves of development. Currently, tens of thousands of square feet of commercial retail property stands vacant, presenting a key opportunity for activation. Located right on the waterfront and conveniently accessible by car, bus, bike, train, and even ferry from San Francisco, the neighborhood is an ideal location for a museum that aims to reach a broad public. For the Jack London Improvement District, the Museum of Capitalism exemplifies the type of culturally innovative space that will draw people to the area and serve as a model partnership at a time when support for the arts is under threat. “Jack London is an established waterfront destination, but has lacked this kind of cultural anchor,” said Jack London Improvement District Executive Director Savlan Hauser, “a Museum of Capitalism is the kind of thing our neighborhood has been missing.”

Prior to the opening of their inaugural exhibition, the Museum of Capitalism organized a global architecture competition that solicited speculative designs for a museum building, as well as an artifact donation drive where artifacts of capitalism were gathered from community members. The Museum continues to seek venues for temporary exhibitions and events with partner institutions across the United States and actively solicit artifacts to be featured in ongoing exhibitions and travelling programs. Following the museum’s inaugural exhibition in Oakland, curators are working to travel the exhibition in partnership with other institutions and cities, with the support of the Tremaine foundation. One curator said: “This is just the beginning… the time is right to look closely at capitalism, and this museum can help us do just that.”

Artcity21
30 March 2017
Antonio Pessoa - 1957 / 2012
PASSION PLAY By the time you finish reading this article, you'll discover Antonio Pessoa's secret to reaching the peak Art and Life performance level. This secret at this point of his life is respons...
99843 hits
0 comments
Read More

Artcity21
16 July 2018
Antonio Pessoa - Soul Fire
There is an old saying that we can accomplish a lot if we "set our mind to it"... that is very true, and it particularly makes a lot of sense if we take as best example, the inner consistency,...
48662 hits
0 comments
Read More

Artcity21
25 May 2017
Heartbeat - Antonio Pessoa
Life is not measured by the number of breaths we take, but by the moments that take our breath away. The artist's systematic visualization of a new- innovative contemporary communication outflow, is ...
30514 hits
0 comments
Read More

Artcity21
23 October 2017
Antonio Pessoa - Imagination
Throughout his Contemporary Fine Art odyssey, and very particularly when it comes to what absolutely involves the "Free" heart and soul, Pessoa describes commitment as everything that goes with it, Im...
29716 hits
0 comments
Read More