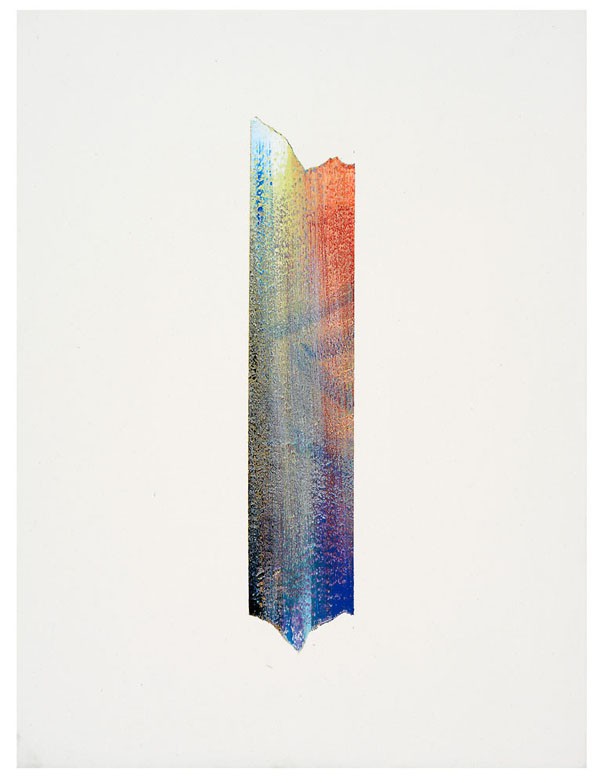 An exhibition, set up like a tracking of traces. Two recent groups of works engage in dialogue, completing and contradicting each other. Colorful interiors are reminiscent of painting's emancipation from the authority of illusionistic dipiction. Dynamic tension, abstracted perspektives, and overdrawn or inverted colors refer to multiple art historian ancestors like the Fauves, the Expressionists, and the Cubists. But Tino Geiss goes one step further by not only putting in question formal criteria, but also materiality. He creates his interiors, bouquets, and everyday objects by means of masking tape, which bears traces of paint. Usually constructed as living or working spaces, Geiss' rooms seem enlivened while being devoid of people. The invisble human presence is only indicated by its traces; shifted chairs, tables, piles of paper, a white canvas.

On the other hand: a small selection form the series "Stripes". Proudly, they float before white backgrounds. Being a collector, Geiss keeps and archives single strips of his colored masking tape in order to translate a few of them into the medium of painting.

In his "Grammatology", the French philosopher Jacques Derrida questions the fact whether a trace is actually produced by an origin, or if the idea of the origin rather comes into mind through the existence of the trace in the first place. The way Tino Geiss confuses materialities, points out how illusion and abstraction constitute each other rather than being competitors. The question of origin and temporailty of the process gives way to an ever circling asthetic of the trace. 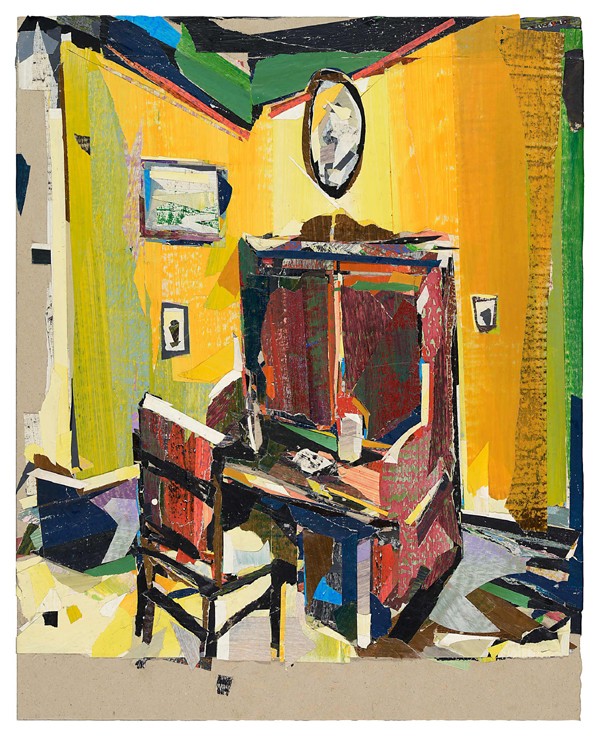 Tino Geiss (b.1978, Jena) lives and works in Leipzig. He studied painting at the Academy of Visual Arts in Leipzig and at the Royal Academy of Arts in London before he graduated as Meisterschüler of Neo Rauch. His work has been presented in numerous solo and group shows. He was awarded an artist residency at the German Academy Rome at Casa Baldi, Italy in 2012.

E-mail: This email address is being protected from spambots. You need JavaScript enabled to view it.