Do Ho Suh at The Contemporary Austin this Fall 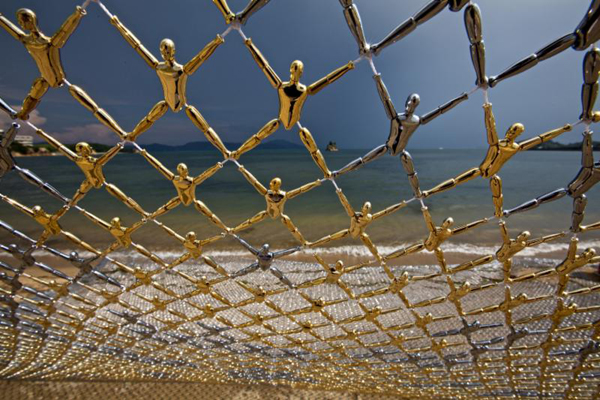 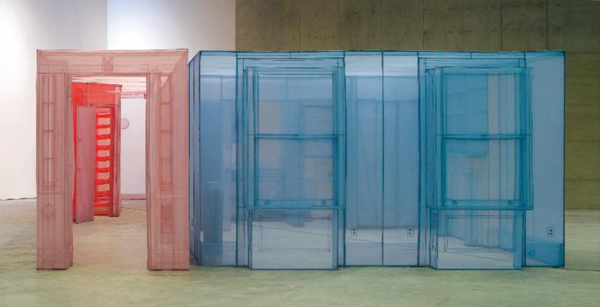 JULY 25, 2014, AUSTIN, TEXAS - Renowned Korean-born sculptor and installation artist Do Ho Suh will present his first major solo exhibition in the US in more than a decade at The Contemporary Austin from September 20, 2014, through January 11, 2015. An influential artist operating within a distinctly twenty-first-century global mode, Suh crafts evocative and visually stunning works that reflect ideas of home, identity, and personal space. The exhibition at The Contemporary Austin encompasses the museum's two distinct sites and includes both existing works and newly fabricated pieces from several of Do Ho Suh's discrete but related bodies of work. Large-scale sculptures, installations, and works on paper will be on view at The Contemporary Austin - Jones Center at 700 Congress Avenue and at the museum's Betty and Edward Marcus Sculpture Park at Laguna Gloria, 3809 West 35th Street in Austin, Texas. More information can be found at thecontemporaryaustin.org.

Do Ho Suh's work draws on the artist's personal experiences growing up in Seoul, South Korea, studying art in the US, and moving homes several times over the course of his life. He now lives a global and "nomadic" existence, with homes in New York, London, and Seoul, and an exhibition schedule that reflects this, taking him all over the world. Inspired by his personal history and biography, the artist's sculptures and installations reveal a range of powerful themes, including notions of public versus private space, global identity, memory, and displacement. At the same time, Suh's works strike viewers with their delicate monumentality, subtle beauty, and intricate construction techniques. This distinctive combination of technical skill, striking visual appeal, and universal resonance has led to both critical and public success for the artist.

"As I seek to bring a new breadth and depth of international contemporary art to the city of Austin, I could not ignore the significance of Do Ho Suh," said Louis Grachos, Ernest and Sarah Butler Executive Director of The Contemporary Austin. "His poetic works resonate with individuals from across the globe. With a population that has always been identified by its creative class, it makes sense that Austin should host one of the most highly respected and critically acclaimed artists working today. I believe that our city will both inspire and find inspiration from Do Ho Suh."

Do Ho Suh added, "The Contemporary Austin offers me a unique opportunity to show my work across two spaces-both inside and out. I can share a body of work that deals with home, displacement, personal space, interpersonal space, and public space, and can articulate these ideas in completely different settings. I have been making fabric homes that I have been adding to over time and this particular series is now concluded, so The Contemporary Austin is the first opportunity I have had to share this addition to my New York home. You can't always show a new work in any space as all the conditions have to be right, but the Jones Center at The Contemporary Austin has provided me with this, which I'm excited about. It is also a particular pleasure to work with Louis Grachos again, and I am grateful for his support."

DO HO SUH AT THE CONTEMPORARY AUSTIN - JONES CENTER

The Do Ho Suh exhibition will transform The Contemporary Austin's downtown site into two very different spaces showcasing related works. The museum's upstairs gallery will be a brightly lit area containing large-scale installations that replicate the artist's apartment spaces from a single building in New York City, created in swaths of luminously colored polyester fabric held together by a subtly incorporated stainless steel armature. Three combined installations--Apartment A, 348 West 22nd Street, New York, NY 10011, USA (2011-2012), Corridor and Staircase, 348 West 22nd Street New York, NY 10011, USA (2011-2012), and Unit 2, 348 West 22nd Street, New York, NY 10011, USA (2014)--encourage the public to wander through an ephemeral, dreamlike representation of a piece of the artist's personal history, rendered in blocks of translucent color that at once conceal and reveal the details articulated within. A long, salmon-colored corridor connects to a bright red stairway suspended from the ceiling. A veil of blue walls contains a kitchen, bathroom, and living spaces with details including window moldings and interior fixtures. And in Unit 2, the artist's latest and final work in the series--newly fabricated and never before exhibited to the public--yellow walls describe additional rooms, which the artist has added to his New York apartment and that served alternately as his studio space and living quarters.

"In his 348 West 22nd Street series, Do Ho Suh invites viewers to travel on a literal and psychological journey through these vast and mysterious passages," said Heather Pesanti, Senior Curator at The Contemporary Austin. "Along the way, he addresses notions of globalism, nomadism, immigration, and 'home' that will resonate with audiences who have come to accept a more 'nomadic' lifestyle as the current norm, while they recall issues of immigration that are at the forefront of recent political commentary."

In contrast to the airy and bright space upstairs, the lower gallery at the Jones Center will include dark, intimate chambers punctuated by glowing light boxes containing works from the artist's Specimen Series (2013). These pieces replicate appliances and fixtures in exacting detail and, like the larger installations upstairs, are constructed entirely out of polyester fabric over a stainless steel framework. For instance, in Specimen Series: Corridor, Radiator, 348 West 22nd Street, APT. New York, NY 10011(2013), exterior elements such as the precise ridges of a control valve are rendered with meticulous realism. At the same time, the ghostly translucency of the crimson-colored fabric comprising the sculpture lends a delicate, otherworldly air to what would otherwise be a heavy cast iron fixture.

The installation at The Contemporary Austin - Jones Center will also include a range of large- and small-scale thread, watercolor, and pencil drawings, along with videos and a model from Do Ho Suh's 2012 work Secret Garden-1.

DO HO SUH AT THE CONTEMPORARY AUSTIN - LAGUNA GLORIA

At The Contemporary Austin's Betty and Edward Marcus Sculpture Park at Laguna Gloria, Do Ho Suh will re-create the kinetic installation Net-Work (2010-2014), first created for the Setouchi International Art Festival in Japan. Reconfigured and refabricated by the artist for this unique site along Lake Austin, Net-Work recalls the fishing nets the artist observed stretched across the shoreline in Japanese seaside villages. Upon closer inspection, however, viewers will find that this "fishing net" comprises thousands of delicately fashioned gold and silver human figures, joined at the hands and feet to create a seamless, tightly woven whole that shimmers in the wind and sun.

Born in Seoul, South Korea, in 1962, Do Ho Suh currently lives and works in London, New York City, and Seoul. Suh received Bachelor of Fine Arts and Master of Fine Arts degrees in Oriental Painting from Seoul National University before moving to the United States, where he received a BFA from the Rhode Island School of Design (1994) and an MFA from Yale University (1997).

The artist's work is included in museum collections worldwide, including the Museum of Modern Art, the Whitney Museum of American Art, and the Solomon R. Guggenheim Museum, New York City; the Los Angeles County Museum of Art, Los Angeles; the Walker Art Center, Minneapolis; Tate Modern, London; the Leeum, Samsung Museum of Art and Artsonje Center, Seoul; the Museum of Contemporary Art and Mori Art Museum, Tokyo; and the 21st Century Museum of Contemporary Art, Kanazawa, Japan, among many others. In 2013, Suh was named WSJ. Magazine's Art Innovator of the Year.

Support for this exhibition comes from Korean Air, Agnes Gund, the Moody Foundation, and the Linda Pace Foundation, with additional museum support from Oxford Commercial, Pedernales Cellars, and Vinson & Elkins LLP. This project is funded and supported in part by a grant from the Texas Commission on the Arts and in part by the City of Austin Economic Growth & Redevelopment Services Office/Cultural Arts Division, believing an investment in the Arts is an investment in Austin's future. Visit Austin at NowPlayingAustin.com.

The Contemporary Austin reflects the spectrum of contemporary art through exhibitions, commissions, education, and the collection. The museum has two distinct yet complementary locations, the Jones Center in downtown Austin at 700 Congress Avenue, and Laguna Gloria, a twelve-acre site on Lake Austin at 3809 W. 35th Street, which is home to the Driscoll Villa, the Art School, and the Betty and Edward Marcus Sculpture Park at Laguna Gloria. 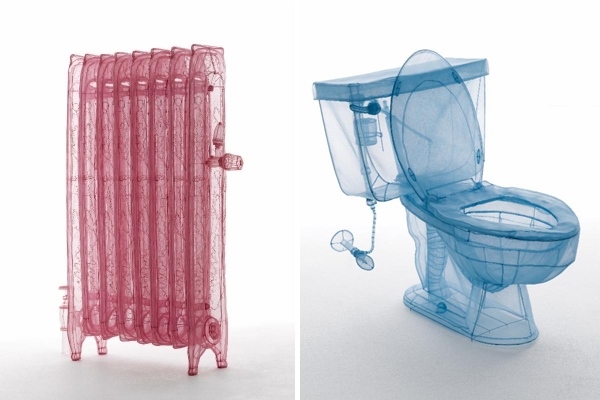 Artcity21
30 March 2017
Antonio Pessoa - 1957 / 2012
PASSION PLAY By the time you finish reading this article, you'll discover Antonio Pessoa's secret to reaching the peak Art and Life performance level. This secret at this point of his life is respons...
99137 hits
0 comments
Read More

Artcity21
16 July 2018
Antonio Pessoa - Soul Fire
There is an old saying that we can accomplish a lot if we "set our mind to it"... that is very true, and it particularly makes a lot of sense if we take as best example, the inner consistency,...
48360 hits
0 comments
Read More

Artcity21
25 May 2017
Heartbeat - Antonio Pessoa
Life is not measured by the number of breaths we take, but by the moments that take our breath away. The artist's systematic visualization of a new- innovative contemporary communication outflow, is ...
30243 hits
0 comments
Read More

Artcity21
23 October 2017
Antonio Pessoa - Imagination
Throughout his Contemporary Fine Art odyssey, and very particularly when it comes to what absolutely involves the "Free" heart and soul, Pessoa describes commitment as everything that goes with it, Im...
29451 hits
0 comments
Read More