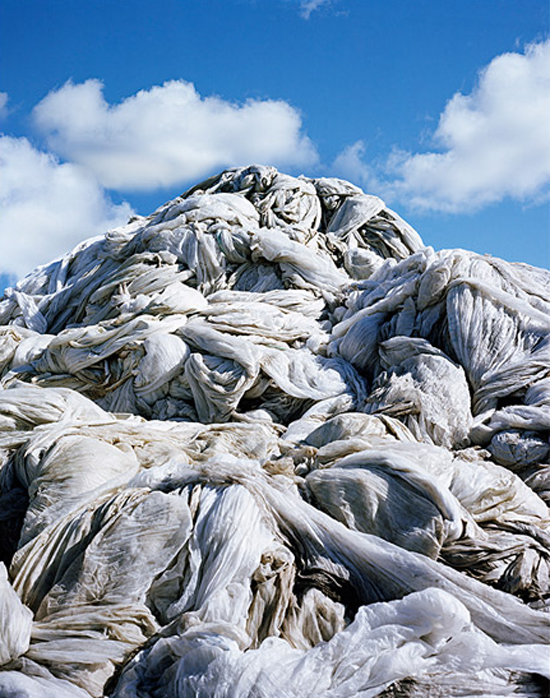 Galleri Andersson/Sandström is proud to present our first solo exhibition with Maria Friberg. Maria Friberg is part of the generation of artists that came up during the 90’s and was known as ‘the Nordic Miracle’. These artists were given a great deal of attention for their high artistic quality and today, Friberg is known as one of the foremost photographers and video artists of our country. The exhibition Piles of Dreams circles the theme of Man’s ruthless exploitation of Planet Earth, but also proposes the notion that Mankind has the possibility to create something beautiful from chaos; something constant from the destructive agenda of our age. The literal piles of “dreams” that Friberg depicts consist of drifts of mundane every-day material such as plastic toys, electrical cables or garbage that either creates a background to a portrait or a solitary suggestive landscape.

“Piles of Dreams can be interpreted as a criticism on superabundance, but I also wish to show a beautiful and abstract picture of the trails we leave behind. Our footprint turns into stories of various existences. Somewhere along the process the actual material transforms and this is what interests me. In addition, I feel a sense of hope, which I wish to convey, even though the vast masses at the recycling centre were overwhelming”.        Maria Friberg, 2015

Maria Friberg gained the public’s eye at a very early stage thanks to her way of exploring the male perspective by allowing the man to look back at himself though introspection. Friberg likes to experiment by placing men in a context in which they, stereotypically, would rarely find themselves, e.g. in a state of passivity. Her images show an ambiguity which challenges pre-conceived ideas of identity, gender group and social hierarchies. In her later works she points both outwards, towards contemporary society as well as inwards, to a more meditative state of mind. Throughout her artistic career, even from very early on, she has experimented with both photography and video, while constantly maintaining the reference to Art History and Nordic painters in particular.

Maria Friberg is doubly topical as she will appear on the Swedish public service series “Artityd”, broadcasted on 18 November (SVT 1). In addition, she will exhibit her work at the Art Show Paris Photo on 12 – 15 November. 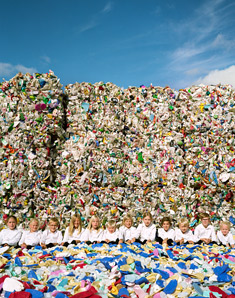 Friberg has studied Art at the University of Gothenburg. She went on to study at the Art School in Karleby, Finland in 1988, at the Royal Art College of Stockholm 89 – 95 and at Myndlista- og Handidaskoli in Reykjavik during 1992. She has had solo exhibitions at a number of major art institutions such as Santa Barbara Contemporary Arts Forum, Calilfornia,Conner Contemporary Art, Wahington DC and Pi Artworks in London. She is represented at Moderna museet, Stockholm, Kiasma, Helsinki, The Museum of Fine Arts, Boston Mass, The Hirschhorn Museum and Sculpture Garden, Washington DC, Fotomuseum Winterhur, Switzerland, Tampa Art Museum, HF Johnson Museum of Art, New York, Denver Art Museum and National Museum of Women in the Arts, Washington DC among others.