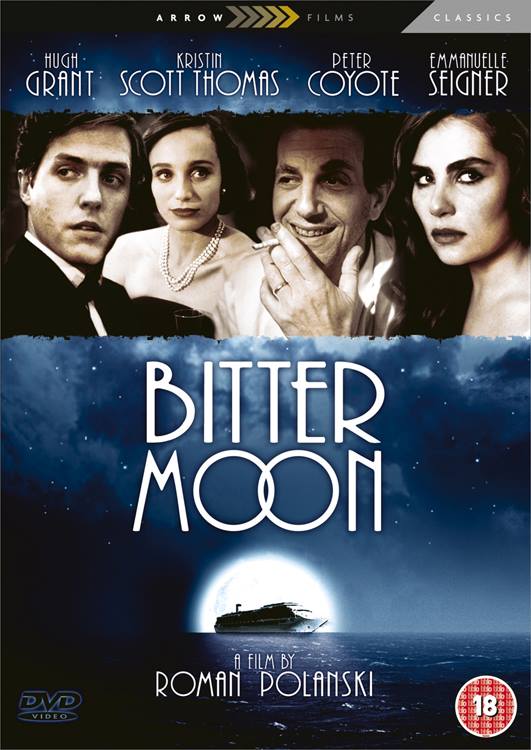 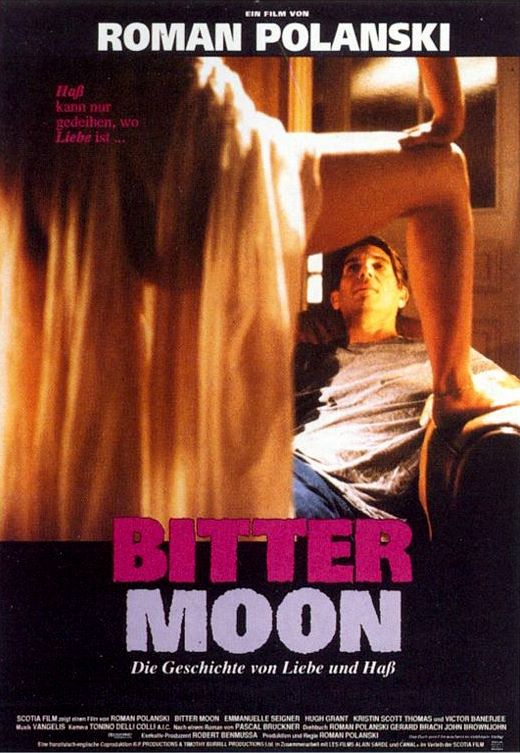 British couple Fiona and Nigel Dobson are sailing to Istanbul en route to India. They encounter a beautiful French woman, and that night Nigel meets her while dancing alone in the ship's bar. Later he meets her crippled American husband Oscar, who tells him their story. While living in Paris for several years trying to be a writer, he becomes obsessed with a woman he met by chance on a bus. He tracks her down and they start a steamy love affair. Soon Oscar finds himself enslaved body and soul by her love, and continues to tell Nigel the details of this relationship in various stages over a number of visits to Oscar's cabin.